With Jesus Fuenmayor and Gean Moreno

Jesus Fuenmayor is the Curator and Director for the Cisneros Fontanals Art Foundation (CIFO) since 2012. He was previously Director of Periférico Caracas, a contemporary art space in Venezuela, where he organized over 30 exhibitions. He has also been a member of CIFO’s Honorary Advisory Committee since 2009. Fuenmayor was -advisor to the Museo Jacobo Borges in Caracas from 1992 to 1995; -an associate curator at Espacio 204 in Caracas from 1995 to 1997; -and also held a post as a Curator for the Museo Alejandro Otero in Caracas in 2004. He co-curated the travelling exhibition Jump Cuts, Venezuelan Contemporary Art, Mercantil Collection which travelled to the Americas Society in New York in 2005 and the CIFO Art Space in Miami in 2007; -Demonstration Room / Ideal House, which travelled through art institutions in Caracas, New York, Antwerp and Chicago between 2001 and 2002.

Gean Moreno is an artist and writer based in Miami. His work has recently been exhibited at the North Miami MoCA, Kunsthaus Palais Thum and Taxis in Bregenz, Institute of Visual Arts in Milwaukee, Haifa Museum in Israel, Arndt & Partner in Zurich, and Invisible-Exports in New York. He has contributed texts to various magazines and catalogues. In 2008, he founded [NAME] Publications, a platform for book-based projects.

Alejandra von Hartz Gallery opened in 2002, and was a pioneer in establishing itself in the Wynwood Arts District of Miami. Its mission is to promote and explore contemporary, non-objective, constructive and conceptual art by emerging and established artists of growing local and international reputation. To this end, we: explore relationships between Modernism and Contemporary Art; promote emerging artists, in both traditional and experimental exhibitions; promote established artists in their creative endeavor to produce new bodies of work; participate in art fairs worldwide, and serve as trusted consultants and advisors, to numerous collectors, museums, and other institutions. With a focus on Latin American art, and Geometric Abstraction, the gallery has always explored the ever expanding interconnectedness and creative dialogues of globalized contemporary art, while establishing connections with the city of Miami and its artists. 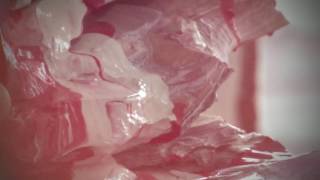